Eritrea – the mask of normality on an extraordinary state

On 14 December the Eritrean government reported that The National Association of the Society of Eritrean Earth Science and Mining Engineers held its founding congress.

Absolutely nothing extraordinary about that. Except for the absence of the relevant Minister.

The Minister of Mines and Energy, Sebhat Ephrem, failed to appear, despite the fact that the association works under the Ministry.

Where is Sebhat Ephrem? To this there is no answer. It should not be forgotten that he was almost assassinated in February this year, and spent months convalescing in the Emirates.

Who was behind the attempt on his life? No-one knows. His family was not allowed to travel with him.

The person who shot him gained access to Sebhat’s house in the centre of Asmara.

There is speculation that the person who shot the general did so because of the general’s betrayal of reformers in Eritrea. This took place twice – once when with the G15 critics of President Isaias and then during the Forto rebellion of 2013.

Towards the end of 2018 it seems that some  senior military  were planning a fresh act of rebellion, but this was also quashed. There are suggestions that it once again failed because of General Sebhat.

His story is further complicated by rumours that this year’s attempt on General Sebhat’s life was authorised by the President himself.  This – like so much else in Eritrea – cannot be confirmed, because of the censorship that makes serious internal journalism next to impossible.

Since then there has been little news of General Sebhat.

Eritrean government is further complicated by the fact that several ministries have no Minister.

The country has had no Minister of Defence since 2013, when General Sebhat was removed and re-assigned to the Ministry of Mines and Energy. There has been no appointment since then – a period of six year.

There is no effective Minister of Education. In theory this position is held by Semere Russom. But, since he is also the Eritrean Ambassador to Ethiopia, and meant to be in Addis Ababa, he is effectively absent from his position.

In reality none of this makes very much difference. The Ministers have little, if any, clout. All power is held by President Isaias, which he exercises without reference to anyone in his government.

According to a statement released to the media on 16 December by the Eritrean Association for Democracy and Human Rights (EADHR), the public meeting was opened by welcoming remarks of Dr.Tedros Amanuel, the chairman of organizing civic association. Dr. Tedros highlighted the significance of joint work by prioritizing the agenda for the struggle. He said the invited organizations were among those Eritrean organizations which recently sent a joint protest letter to the Ethiopian Prime Minister on burning Eritrean issues. Dr. Tedros expected speakers at the panel to explain the reasons behind such joint message and their future plans to work together.

The speakers were Mr. Negash Osman, chairman of the ENCDC; Mr. Menghesteab Asmerom, head of EPDP Organizational Office, and Mr. Awet Abraha, chairman of the UEJ Branch in Sweden. Each of the three panelists spoke in turn to explain as to why the joint message was addressed to the Ethiopian leader. Their addresses were summarized in the EADHR press release as follows:

The reprsentatives of ENCDC, EPDP and UEJ also agreed on their viewpoints about what is to be done in the near future. These views can also be summarized as follows:

The presentations were followed by lively discussion and Q & A session before the meeting heard closing remarks by the EADHR Chair, Dr. Tedros Amanuel, who thanked the panelists and the audience. 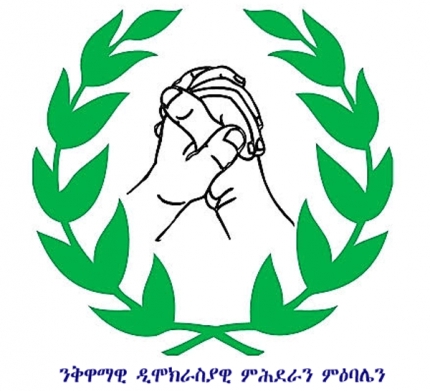 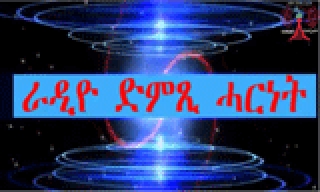 Urgent Eritrean Call to the Sudan and the UNHCR

It is to be recalled that on 30 October 2019, a symposium was organized in Khartoum attended by representatives of the Sudanese Ministry of Labor as well as one representative from each of the caseloads of refugees in the Sudan from Eritrea, S. Sudan, Ethiopia, the Congo, Yemen and Syria.

At the said symposium, the Sudanese authorities and the local UNHCR Office have reached the agreement that refugees in the Sudan can be allowed training and work opportunities like Sudanese citizens, except in security and military spheres. Sadly, this accord was not formally conveyed to the concerned refugees in a manner that they can understand nor did the concerned authorities initiate the pledged training opportunities. Instead, refugees are this month being rounded up from their homes, workplaces and from the streets and taken to prison. Their incarcerators claim that the refugees, including those who held residence permits as of 2000 from the Immigration Ministry, have no work permits. To add insult to injury, the Sudanese “law enforcers” are asking the detained refugees to buy their freedom by paying between 50,000 and 100,000 Sudanese pounds.

We the undersigned Eritrean political and civic forces demand the most immediate action on the following:

Likewise, we urge the UNHCR to follow up the implementation of the agreement reached with the Sudanese authorities and the COR at the symposium of 30 October 2019 and protect the rights of victimized Eritrean refugees.

No one can ignore or forget the historic warm welcome and support of the Sudanese people to Eritrean refugees, and we still call with strong hope the Sudanese Government to pursue fraternal relations that can strengthen existing bonds between our peoples. There is no doubt that Eritreans still take the Sudan as their second home.

Today, Thursday, 12 December 2019, Jacob Ghebremeohin pleaded guilty of assaulting the journalist, Amanuel Eyasu, at the Thames Magistrate Court, East London, UK. The case was brought by the Crown Prosecution Service (CPS). To help prepare the case we employed one of London’s top Barristers from one of the best law firms in the UK, Mishon de Reya LLP, thanks to generous donations from members of the Eritrean diaspora and their friends across the world.

It will be recalled that Amanuel was attacked in the afternoon of 26 November by a group of hooligans. But only one of the attackers (Jacob Ghebremeohin) appeared in court with the other 4 or 5 in the loose – continuing to pose threats and intimidation to members of the diaspora. For this reason, the judge asked for additional information and rescheduled a three-hour hearing (compared to 30 minutes today) to take place on 18 February 2020 at 10.00 hours at Stratford Magistrate Court. The judge further asked for additional evidence, including the following to be submitted to the court by 3 January 2020:

1. The full CCTV footage of the incident at Putney Bridge Station from the CPS and the police so that the details of the incident can be considered and the other perpetrators of the crime can be identified; and

2. Other supporting evidence of alleged imitimidation which we will gather with the support of our Barrister and submit to the court though the CPS.

The judge added that the case would be heard on its merit as an unprovoked physical attack. No politics will come to it despite, in our view, an overwhelming evidence of the invisible hand of Isaias and his misguided cliques.

The number of Eritreans in attendance at the court in support of Amanuel was overwhelming and large – far exceeding the attacker’s supporters by 4 to 1. And despite their misguided jubilation at the end of the hearing, the attacker supporters quickly retreated to the background and within few minutes they were nowhere to be seen. Could this be the beginning of the end of PFDJ remnants?

Displays of support were peaceful at all times, however, there was concern around the illegal filming of the crowd as it could be used to intimidate human rights activists and their families in Eritrea. Security at the court deleted videos taken by supporters waiting outside despite protestations. Overall, security was tight in and around the court at our request and given threats made by PFDJ supporters before the hearing.

Over the next 8 weeks, we will work tirelessly to gather and prepare sufficient evidence with the help of our Barrister to ensure these thugs get the maximum custodial sentence possible. We will work hard that Eritreans who have fled thuggery and intimidation in their homeland are safe and secure in a land of peace and justice, which the UK is. These bloodsuckers claim to love Eritrea. If they do love their country and Isaias, one asks why they are in diaspora and not in the country they claim to love. Who are they trying to fool? They must be mentally unfit.

The legal action on 18 February 2020, will not be the last. We plan to take a civil lawsuit against these attackers linking them to the regime in Asmara and demanding in a court of law that such attacks on innocent and peace-loving people are treated as state sponsored terrorism and seen as such by the international community.

The law is on our side. Peacefully we will defeat injustice with justice. Our martyrs did not sacrifice their lives to liberate our country from Ethiopian oppression for us to be oppressed and enslaved by an internal enemy.

Our Independence Day is near and we must not give up the fight. Our martyrs expect no less of us. May they rest in peace.