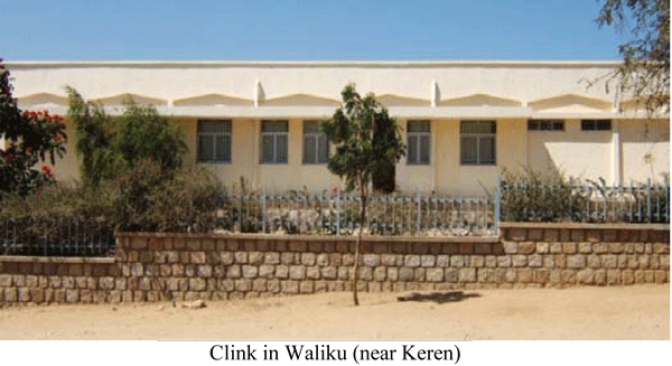 Reliable sources from inside Eritrea reported that in the morning hours of 12 June 2019, Eritrean regime officials ordered Catholic Church representatives in Keren to hand-over as of 13 June all the health centers and clinics they own and administer in the region of  Keren.

The said the seizure of Church properties will affect all the remaining eight health facilities that were not affected by a similar government action a couple of years ago.

The sources feared that a similar order of seizure may soon follow to affect health facilities of the church in and around Asmara, Segheneiti and Barentu. It is to be recalled that the Archbishop of Asmara and the Bishops of Segheneiti, Keren and Barentu a few weeks ago issued yet another message calling on the Eritrean regime and the people to avert the existential threat hanging over all Eritreans and their country.

According to the Eritrean Catholic Church website, the eight health facilities treat up to 40,000 patients per year.

The affected health centers are located at the villages of  Ashera; Boggu; Feledarb; Glass; Halibmentel; Halhal; Waliku/suburb of Keren city,  and  the clinic at Hamelmalo. Most of them existed since 1981.

Tweet
Last modified on Thursday, 13 June 2019 00:05
More in this category: « African Leaders Urged To Give Attention to  Pan-African Message on the Eritrean Situation Eritrean Catholic Bishops Regret Seizure of Their Health Facilities by Eritrean Authorities »
back to top