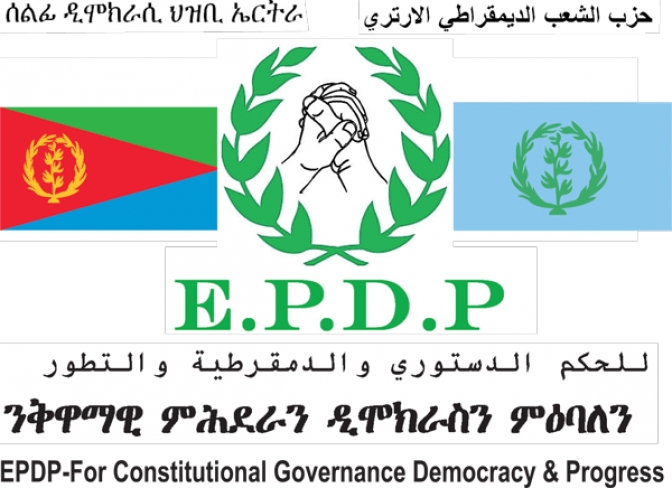 The entire ensemble of Eritrean political forces in exile have issued joint statements to the international humanitarian community and their own compatriots at home and in exile to make an extraordinarily especial preparation and concrete action to fight the fast looming dangers of the corona-virus pandemic which can harm more Eritreans than others because of the sad situation of Eritrea and its people.

Appeal to the World Community:

Their joint  31 March appeal to the world humanitarian community urging for “seriously look at the precarious situation” in Eritrea was addressed to the UNHCR High Commissioner Filippo Grandi and the WHO Director General, Dr. Tedros Adhanom  Ghebreyesus, with copies to other humanitarian bodies and  Governments hosting Eritrean refugees, on top of them the Sudan, Ethiopia and Israel.

The appeal reminded the global community that the situation in Eritrea should concern  everybody because Eritrea is now a place where “local community structures, charities and long-established religious support institutions and other societal safety networks have been systematically demolished and exist no more.” (See full appeal below).

Message to the Eritrean People:

Their other message of 1 April, prepared both in Arabic and Tigrigna, was a direct address to every Eritrean to do all what is possible to save many Eritrean lives, especially at home and at the refugee camps.

After giving guidelines for prevention and also extensive background on he current pandemic and its potential danger to Eritreans in congested prisons, concentration    centers of conscripts an refugee camps in the neighboring countries, the message to the   Eritrean people included calls for joint action to help health workers in Eritrea and promote awareness about the pandemic in cooperation with Eritrean health experts in diaspora. The message also included these calls:

Printed below is the full text of the appeal of Eritrean political forces to the international humanitarian community:

An Appeal for Protection of Eritreans at Home

and abroad from the Scourges of Corona virus

We, the undersigned entities representing the ensemble of Eritrean political organizations in exile, felt the obligation of sending this earnest appeal to Your Excellencies at UNHCR and WHO, with copies to concerned UN organs and countries hosting Eritrean refugees, on top of them Sudan, Ethiopia, Yemen, Israel and Libya, in order to draw the attention of the international humanitarian community to the plight of Eritreans in many countries of the world.

We are deeply concerned, Sirs, that the pandemic caused by COVID-19 has now reached our ill prepared country and the countries in the region that provide shelter to most of the Eritrean refugees in one of world’s most conflict ridden and sensitive regions.  We are worried that, given the situation where many of our people lack access to hand washing facilities and detergents - the most effective preventive treatment, the pandemic would leave an even bigger number of people killed and cause more societal disruption than in any other country in the world. For that we need the timely and immediate attention and support of the international community led by appropriate initiatives from your esteemed organizations, the UNHCR and WHO.

We believe you are well aware of the problems in Eritrea where young people flee the country in thousands leaving the old and vulnerable at home. Local community structures, charities and long-established religious support institutions and other societal safety networks have been systematically demolished and exist no more. Most of the UN humanitarian organizations and INGOs have not been active in Eritrea for decades.

The general public in today’s Eritrea is left pauperized and helpless.  The reported over 300 dungeons in the country where thousands of pollical prisoners languish under inhuman conditions are congested and poorly equipped to handle the current pandemic. Divisions of the Eritrea’s huge army of conscripts and “national service” forced-labor workers living in spartan and overcrowded camps will be an easy prey to the pandemic.

On the other hand, Eritrean refugees in camps and urban concentrations in Sudan, Ethiopia, Yemen and Israel are likely to be ravaged by this pandemic without an effective intervention of international humanitarian actors. Eritrean refugees in reception camps and temporary shelters in many countries, including in many European countries, shall be exposed to danger unless the host countries are advised and supported by concerned bodies, especially the UNHCR and WHO.

We, therefore, strongly appeal for your most urgent measures that could prevent the spread of COVID-19 in Eritrea, and in particular in the refugee camps and urban concentration of Eritreans in several countries, especially in Africa. Needless to say, the topmost priorities of action will include:

We very much feel that you understand the essence of this modest call to you to seriously look at the precarious situation of the estimated four million Eritreans at home and about two million Eritreans in the diaspora who are exposed to the looming danger facing our world today.