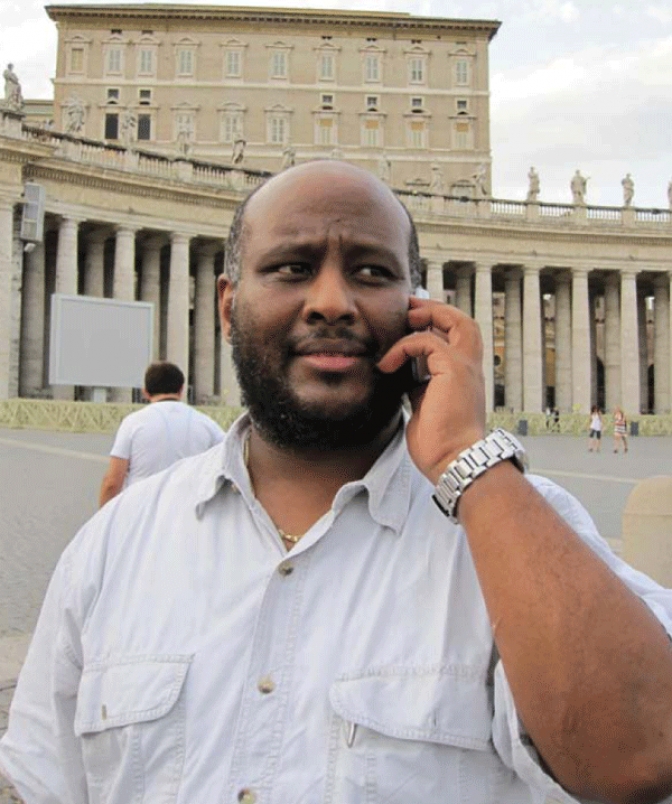 The American Time magazine has named the Eritrean priest, Abba/Father Mussie Zerai, as one of the most influential persons of the year alongside Pope Francis, Chancellor Angela Merkel and President Barack Obama.

Abba Musie was selected for the recognition for saving so many lives of migrants from perishing in the Mediterranean Sea by relaying SOS messages of refugees and migrants to concerned authorities and life-saving teams in the region. He is one of the five Africans among the 100 men and women named in the list of Influential Persons of the Year. The other four Africans are from Gambia, Liberia, the Democratic Republic of Congo and South Africa. It is also to be recalled that Abba Musie was reported to have been in the short list for the Nobel Prize for Peace.

Writing about Abba Mussie in the Time magazine for the first week of May, the Chinese human rights activist, Ai Weiwei, said the Eritrean priest, has been engaged in the life-saving task since 2003 and that he receives up to 50 phone calls per day from distressed refugees from several parts of Africa. In spite of the efforts to save lives, which was been made effective only recently, about 25,000 lives were estimated to have perished in the Mediterranean Sea in the past two decades.