The Anniversary of the Lampedusa Tragedy 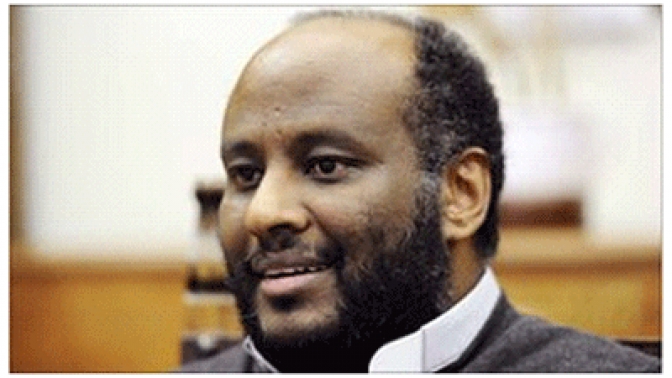 By Mattathias Schwartz (from The  New Yorker of 3 October)

The West’s long history of sluggish responses to refugee crises turned especially ugly one year ago today, when a boat from Africa sank within sight of the Italian island of Lampedusa. More than three hundred people drowned, mostly immigrants fleeing the troubled East African country of Eritrea. They had made a difficult crossing through the Sahara and Libya by car and on foot, only to pay several times the price of a plane ticket to be packed shoulder to shoulder on a boat too small and too old for their numbers. In April, I wrote about their journey for the magazine, and about a Catholic priest, Mussie Zerai, whose phone many Eritreans have called from kidnappers’ prisons. Eritreans carry Zerai’s number with them during sea crossings, and it often falls to him to notify rescuers when their boats begin to sink or run out of fuel.

This week, Zerai and some of the survivors will commemorate the disaster on Lampedusa, along with the Comitato Tre Ottobre, a coalition seeking to make October 3rd an official day of remembrance under Italian law. The Comitato says that it will release three hundred and sixty-eight lanterns and organize an urban flash mob with three hundred and sixty-eight activists wearing white sheets. Earlier this week, a group of survivors met with Pope Francis. “I feel things that I can’t tell you, because I can’t find the words to say them,” he reportedly said. “I ask all the men and women of Europe to open the doors of the heart!”

The shame of last October 3rd gave Zerai and many other activists a rallying point, and provoked some action. The Italian government launched a program called Mare Nostrum to patrol the Mediterranean, which it says has saved more than a hundred thousand lives to date. But the program is winding down, and its replacement, organized by Frontex, the European border-control group, will likely be much diminished in budget and scale. Yesterday, Cecilia Malmström, the E.U. home-affairs commissioner, pointed out the disparate rates at which E.U. states take in refugees. Sweden led the way last year, giving protected status to more than twenty-six thousand immigrants. In many Eastern European countries, the number was less than fifty.

Citizenship is evolving from a marker of identity into a commodity. Malta sells passports for around one and a half million dollars. Multiple Caribbean citizenships are going for a few hundred thousand dollars each. Even the United States releases special EB-5 visas for people who make million-dollar investments that create ten or more jobs. Meanwhile, thousands of people who can’t afford to pay these prices continue to drown in the Mediterranean each year. Last month, human traffickers intentionally drowned more than five hundred immigrants, mostly Syrians, Egyptians, and Palestinians, who refused to switch to a smaller boat in the middle of the sea. Like the Eritreans, many were not economic migrants but asylum seekers fleeing violence, famine, and repressive governments.

The current asylum system is part of what’s enabled human traffickers to thrive; demand for their services would be much reduced if immigrants could apply without first reaching European or American soil. This week, President Obama announced that Central American children with parents in the U.S. will be able to seek processing in Honduras, Guatemala, and El Salvador. The parents must be “lawfully present” in the U.S., a term that encompasses citizens, green-card holders, refugees, and others with official protected status. There were more than four hundred thousand U.S. deportations last year, most of them to Mexico and Central America. The total number of refugee admissions designated for Latin America and the Caribbean is four thousand.

Last month, I spoke with Zerai on a train from Zurich to St. Gallen, where he performed the Mass. As before, he was juggling pastoral duties with pleas for help coming in by phone, e-mail, and Facebook. “Young people look at the Internet and he see opportunities in other countries,” he told me. “We are not in the Middle Ages. He wants freedom … that is the ambition of every human being.”