Reversing the military coup in Sudan 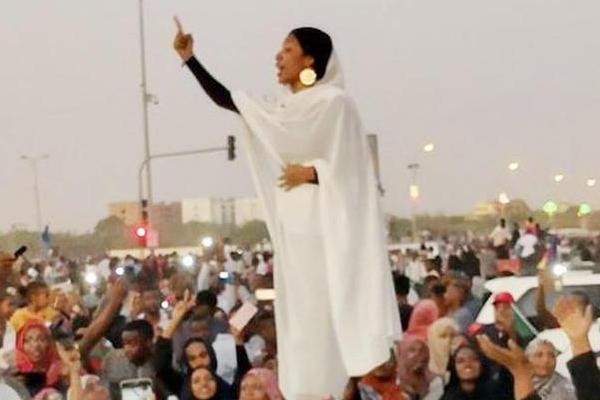 “The coup is a major setback for Sudan’s democratic transition and the freedom, peace, and justice dreamed of by its people. There are fears of an Islamist counter-revolution by stealth which could yet lead to a brutal crackdown and renewed conflict. But in carrying out the coup, Sudan’s military leaders may have inadvertently exposed their own fragile foundations both at home and abroad. With steadfast, unified diplomacy, pressure on those seeking to support the coup, and consistent messages to all parties on the necessity of compromise, Sudan’s external partners can still help its long-suffering and courageous people put the civilian transition back on track.”

As an entrenched military elite tries to protect extensive economic and political interests despite no public support, parts of the old regime are reappearing.EXPERT COMMENT11 NOVEMBER 2021 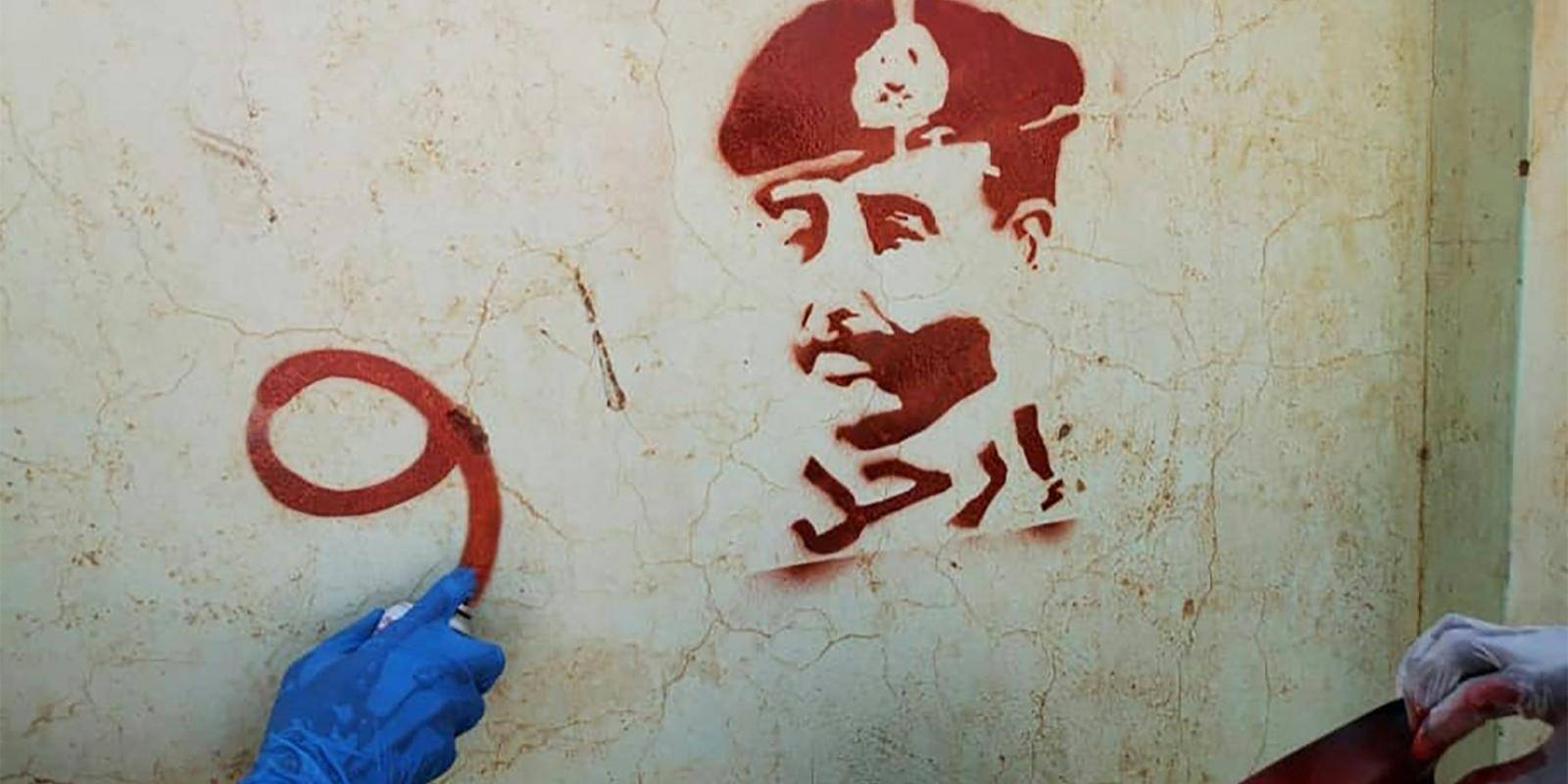 The head of Sudan’s armed forces Lieutenant General Abdel-Fattah al-Burhan claims the military coup of 25 October was to protect the transition to democracy because political infighting was stalling progress on establishing crucial institutions. But despite a clear determination to make the coup stick, the military is clearly under pressure and may have overestimated its chances of success.

The coup has been accompanied by arrests of politicians, activists, and leaders of local resistance committees, including some of Sudan’s most effective advocates for democratic transformation. Additionally, administrators appointed since the revolution have been dismissed while members of the old regime and Bashir’s feared intelligence service have reappeared.

Despite a communications blackout being used as cover for the security services forceful disruption of the resistance, with reports of 14 killed and hundreds injured, the Sudanese public – which removed Bashir’s Islamist regime with the most powerful protest movement in the country’s history – are demonstrating they will not accept a return to authoritarian rule.

Millions participated in coordinated pro-democracy protests across Sudan and beyond its borders on 30 October, and the non-violent resistance has continued, with large protests planned for 13 November and mass strikes paralyzing the country’s economy. This gives hope that the coup could still be reversed.

No effective leadership or support

The military failed to build an effective civilian coalition in advance of the coup, or to have an alternative government in place, relying instead on opportunistic allies among its patronage network, Darfuri armed movements, and the Islamists. It is proving much more difficult than expected to persuade reputable civilians to join a post-coup government.

The generals also misjudged the strength of external reactions, with widespread international condemnation and calls for an immediate return to civilian rule from Sudan’s international donors and regional partners. The African Union (AU) has suspended Sudan while the US – clearly incensed the coup took place just hours after their regional envoy Jeff Feltman had been in Khartoum – reacted strongly and sought to coordinate with its allies.

Riyadh and Abu Dhabi notably joined calls for the restoration of the civilian-led transitional government, encouraged by Washington and London. Despite their strong prior relationship with the Sudanese military establishment, the Gulf states have already shown that they will not cover the costs of propping up Sudan’s failing economy.

$56 bn of Sudan’s external debt which was on course to be cleared is now under threat.

Sudan’s generals are isolated, although geo-strategic interests do help them retain Russian and Israeli backing. Support is chiefly coming from Egypt which lobbied to soften the AU stance on suspension. Having quelled its own pro-democracy uprising in 2013, Cairo seeks Khartoum’s support in its dispute with Ethiopia over the Grand Ethiopian Renaissance Dam.

A major pressure point is Sudan’s ongoing economic crisis, further amplified by COVID-19. In July, inflation was more than 400 per cent worsening already dismal living conditions for many. Meaningful economic recovery is heavily reliant on international support which key donors have made clear is contingent on the political transition moving forward.

The US immediately paused its $700m assistance and the World Bank suspended $2 billion in development grants. Sudan had also been on course to write off much of its $56 billion external debt under the Heavily Indebted Poor Country (HIPC) Initiative, also now threatened.

The military have unlocked an ongoing economic blockade of Sudan’s eastern ports and flooded markets with cheaper foods in an attempt to soften resistance on the street. This further highlights its enduring control over key levers of the economy and is evidence of its previous efforts to sabotage the transition.

With the military under pressure, there remains a possibility that the coup could be reversed. But talks between representatives of the Forces for Freedom and Change (FFC) and the generals remain precarious. The outline of a potential settlement has emerged which would see the prime minister Abdalla Hamdok resume his functions, all political detainees released, and the transitional constitutional order restored. Hamdok is the sole credible figure to lead a civilian transition and is understood to see these as minimum requirements for his return.

Shuttle diplomacy by the United Nations (UN), the Troika, AU, and other officials has yielded only glimmers of progress. Four civilian cabinet members have been released but other key figures remain in detention.

And the military continues to demonstrate a lack of good faith, arresting members of the FFC central council following a meeting with UN envoy Volker Perthes, and disbanding the committees that were recovering assets acquired corruptly by the former regime, detaining both their members and records. The concerning release of Islamist allies and appointments of officials from the Bashir era only further undermines Burhan’s claim to be acting in the interests of civilian rule.

These moves have hardened civilian demands for a full handover of power and for charges to be brought against the coup leaders, but Burhan remains under intense pressure not to back down from hardliners within Sudan’s powerful security apparatus. These forces are headed by generals who held senior posts in the Bashir regime and include Islamists and Bashir sympathisers determined to block the democratic transition so they can regain control of the state apparatus.

Without realistic means of removing the military from the political scene there are clear risks of escalating violence, but it is still possible to build a more inclusive civilian-military partnership with determination and compromise on both sides.

As a first step to de-escalate tensions, all those detained for political reasons since 25 October should immediately be released, and Sudan’s international and regional partners must maintain pressure on the military and its backers to accept a legitimate civilian transition is paramount for stability in Sudan.

The military has controlled Sudan for 52 of its 65 years of independence and is deeply entrenched in key aspects of the economy such as agriculture, industry, and mining, so civilian pro-democracy forces will have to accept a continued role for the military is unavoidable for some time yet.

And they may need to address the fears of the military leaders, perhaps through an amnesty programme, in return for concessions that reinforce the transition. Sudan’s international partners must likewise emphasise the need for compromise and realism to its civilian and civil society leaders.

Neither side finds these bitter pills easy to swallow, so it is imperative political and institutional spaces are created and protected to allow for debates and disagreements to be both aired and contained. This would also provide an opportunity to re-double efforts to create a set of strong civilian-led institutions which will put Sudan back on the path to a more stable future.52

of Sudan’s 65 years of independence have been under military control.

A joint civilian-military body should be established to discuss the military’s direct interests, such as unresolved issues of power-sharing, corruption, and security sector reform. Establishing an effective parliamentary security committee would apply crucial civilian oversight of reform and address the military’s role in key economic sectors. Tackling justice and accountability requires setting up the high judicial council, a constitutional court, and appointing a chief justice, as well as dealing with the issue of Bashir and others subject to ICC arrest warrants.

Creating a legislative assembly is vital to broadening political participation and ensuring checks and balances on the leadership. Decisions under the transition were taken by only 41 people in cabinet and the sovereign council, so representatives from Sudan’s political movements and civil society should be given places in the transitional institutions and parliament, with suitable experts chosen for the 11 independent commissions provided for in the constitution.

And there is no need to rush to early elections, but there should be an emphasis on creating a conducive environment to enable people all across Sudan, including in the peripheries, to fully participate rather than opening the door for the old regime to return through sham elections.

The coup is a major setback for Sudan’s democratic transition and the freedom, peace, and justice dreamed of by its people. There are fears of an Islamist counter-revolution by stealth which could yet lead to a brutal crackdown and renewed conflict. But in carrying out the coup, Sudan’s military leaders may have inadvertently exposed their own fragile foundations both at home and abroad.

With steadfast, unified diplomacy, pressure on those seeking to support the coup, and consistent messages to all parties on the necessity of compromise, Sudan’s external partners can still help its long-suffering and courageous people put the civilian transition back on track.

This article was produced with support from the Cross-Border Conflict Evidence, Policy and Trends (XCEPT) project, funded by UK Aid from the UK government. The views expressed do not necessarily reflect the UK government’s official policies.

Tweet
Last modified on Sunday, 14 November 2021 16:03
More in this category: « Imposing Sanctions in Connection with the Conflict in Ethiopia Eritrea Focus statement on the US sanctions and the Tigray war »
back to top