An Input to Nairobi Consultative Conference 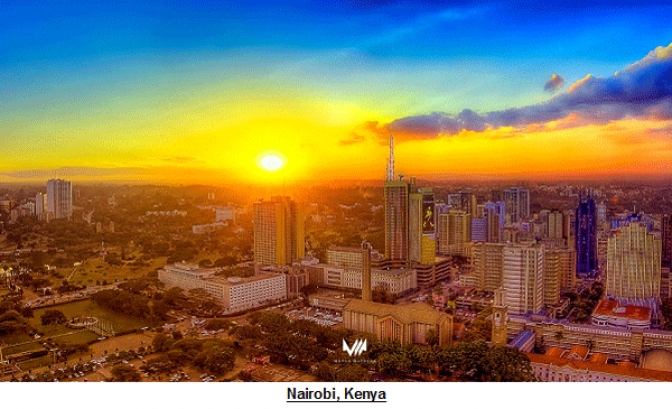 In spite of the utterly nonsensical chatter of ill-informed and ill-intentioned naysayers of all shades and colors, the consultative conference held in Nairobi, Kenya, late  last month was another positive attempt - and the right step - towards consolidating the fragmented Eritrean opposition in the diaspora.  It indeed  was yet another occasion in which:

This writer had the opportunity of being one of the panelists on the subject of political transitions and the hurdles encountered by nations while struggling to remove dictatorships and then finding a suitable path to democracy and the rule of law. (To cut the long story short, published below are the introductory notes I had the occasion to summarize the subject matter. The full text of the EPDP Transition Plan submitted to Eritrean organizations over six years will be released in a separate posting).Good reading.

Structures Towards Democratic Change in Eritrea

Due to understandable time constraint, I am mainly raising for discussion at this workshop not a researched paper but an old draft transition plan for Eritrea that we (parties that formed today's EPDP) addressed for consideration by an Eritrean political workshop in July 2009 and again in February 2010. But, alas, that draft was not  considered by those concerned. (See the Arabic, English and Tigrigna versions of the draft Transition Plan for Eritrea (TPE) in separate attachments).

But before introducing and opening discussion on that draft plan, let me say a few general things about Africa and Eritrea in connection with political transitions which usually prove complex because real transitions require the destruction of an existing authoritarianism and the construction of a new democratic order with viable institutions.

"Second liberation" is the term some African writers use  in describing  a political transition from an authoritarian regime to a democratic system of governance. But political transitions are country/society specific:  one case is different from the other because every country or society has its own unique experiences, history, social characteristics and other challenges that need to be addressed in a transition process which can be influenced also by external factors.

A quick reading of the African scene shows that the vast majority of the independent states fell and remained for up to 30 years under authoritarian  one-party, one-man or military regimes. Why?

were among the arguments raised in support of continuing  authoritarianism in Africa. As we can recall,  many "founding fathers" of the new states, and former liberation movements monopolized power. Competition and participation of the civil society were suppressed. Rulers became "presidents for life".

Cold War and Political Transitions in Africa: A period of political transition towards democracy in Africa was ushered in supported by an  important external factor: the end of the Cold War. One writer tells that the whole of Africa counted only one election per year for the long period between 1960 and 1989, while the period 1990 to 2012 in average witnessed seven elections per year.  In 1991, there were 86 violent protests calling for change and democratization. As a result, 28 countries held elections within a few years; 13 rulers were defeated in elections. It was a promising start but  many reversals and backsliding occurred in many cases. (By 1991, Eritrea was dancing in euphoria for its hard-won victory while the rest of Africa had enough with  authoritarian  leaders!).

Political transitions in Africa took different paths, including the following:

The case of Benin in 1989 and the transition in Chile allowed the rulers to continue in the transition processes which finally worked against the dictators. In the ChileanIncrease capacity to identify triggers of violence;

Identifying the suitable path  to political transition and increasing capacity in managing possible occurrence of violence in the transition to post-dictatorship Eritrea are the challenges and uphill tasks awaiting Eritrean forces struggling for democratic change.

Since every society has its unique features, discussing political transition in Eritrea will no doubt necessitate giving due attention to the country's social and historical background, probably with more emphasis on important socio-political developments experienced, say, during the  1940s-50s,   as well as during the 30-year liberation struggle and the past 24 years under the one-man/one party rule.  In today's discussion, one can only state that transition from dictatorship to democratic rule in Eritrea  will be affected  by a number of factors including the following:

And as noted earlier, soul-searching and self-examination by raising such factors, and continually dialoguing (as the Chilean forces of change did - see footnote 2) on  how to manage them will be helpful in our case.

In Eritrea, the immediate scenarios for change may include:

Most of these scenarios (mainly my scenarios) are likely to invite more disaster. It is true that some of us in the opposition camp, including the EPDP,  would prefer change by a popular uprising and hope it will take place. But the fifth scenario requires a degree of liberalization, even limited,  under a dictatorship.  Assuming that minimum change is obtained from the current leader or his successors, then popular uprising supported by all segments of the population could be envisaged. For this to be a reality, factors like the following need to be in place:

Only to emphasize, a reassuring and long-lasting democratic change in Eritrea has to come through a non-violent struggle that facilitates the widest participation possible. The creation of an inclusive national umbrella that is attractive enough to embrace the young generation and women both in the country and abroad becomes critically important. (On its part, the EPDP aspires to create short- and long-term political alliances to achieve its goal of establishing a democratic, stable and prosperous state.)

Usually,  many of us say: 'we are where we are because the start in 1991 was not inclusive'.  It indeed was part of the old winner take all mentality of one-party systems. Today, fighting this lingering mentality and attitude of excluding others and,  instead, creating trust among all actors is a big challenge facing us.  As the paragraph below will indicate, we in the EPDP believe that adopting a national charter as of now; confirming that we will start the new phase with the formation of  a national unity government for a specified duration, and launching a healing and reconciliation mechanism in that process will be reassuring to all stakeholders as of now.

The Transitional Plan for Eritrea

As noted in the opening paragraph, it was in June 2009 that the then Eritrean Democratic Party (EDP) and the Eritrean People's Party (EPP), both active members of the Eritrean Democratic Alliance (EDA) at the time,  agreed to submit a draft transition plan for consideration by the EDA at its workshop held in Addis Ababa in July 2009. When the EPDP was created by a merger of related parties, the document was again submitted in February 2010 to the EDA  leaders for their consideration before holding the famous "hagerawi waela" that later took place in the summer of  2010. To cut a long story short, the draft Transition Plan for Eritrea included two phase.

Phase one or the pre-transitional plan has the following components:

Guiding Principles of the transition plan: "the spirit of peace, justice, human rights".

[1]  The case of Mathieu Kerekou of Benin is a good example of an African leader allowing transition through concession. Following repeated protests in 1989, Kerekou dropped ideological commitment to Marxism; made concessions; called for a National Reconciliation Conference which worked against him. He was vilified and begged for amnesty which was given him. A new constitution was adopted. He lost in elections. That was a landmark transition to democracy in Africa.

[1]  As we know, Chile was under dictatorship between 1973 and 1990. Although Chile had a long tradition in democracy and possessed a sizable middle class, we can still learn some lessons from their case in transition. 1. As in the Eritrean case of today, the Chilean opposition suffered of fragmentation. As of 1984, the democratic forces engaged in "thousands" of meetings and seminars and these finally helped them to agree on what should be done. 2. They agreed on a path to transition, a legal foundation: to  reform and use Agustino Pinochet's constitution. Then started laying down details of future state structures.  3.  They agreed to be careful in long-term institutions: dictators can leave their marks in laws, procedures, personalities. 4. Democracy has to mean peace and order.  Show ability to prevent emergence of violence. (In the Eritrean case there is war-fatigue because of what happened in the past 54 years and people look for peace and order first). 5. Solid action on economic growth 6. Democracy should mean justice. Rule of law and representation. prepare to establish truth, investigate human rights violations through effective mechanisms.

Tweet
Last modified on Thursday, 10 December 2015 08:58
More in this category: « إعلان نيروبي 2015 حول التحول الديمقراطي في إرتريا EPDP Plan for Transition from Dictatorship to Democracy in Eritrea »
back to top