Ethiopia a Title Away From a Berth in Lamu Port 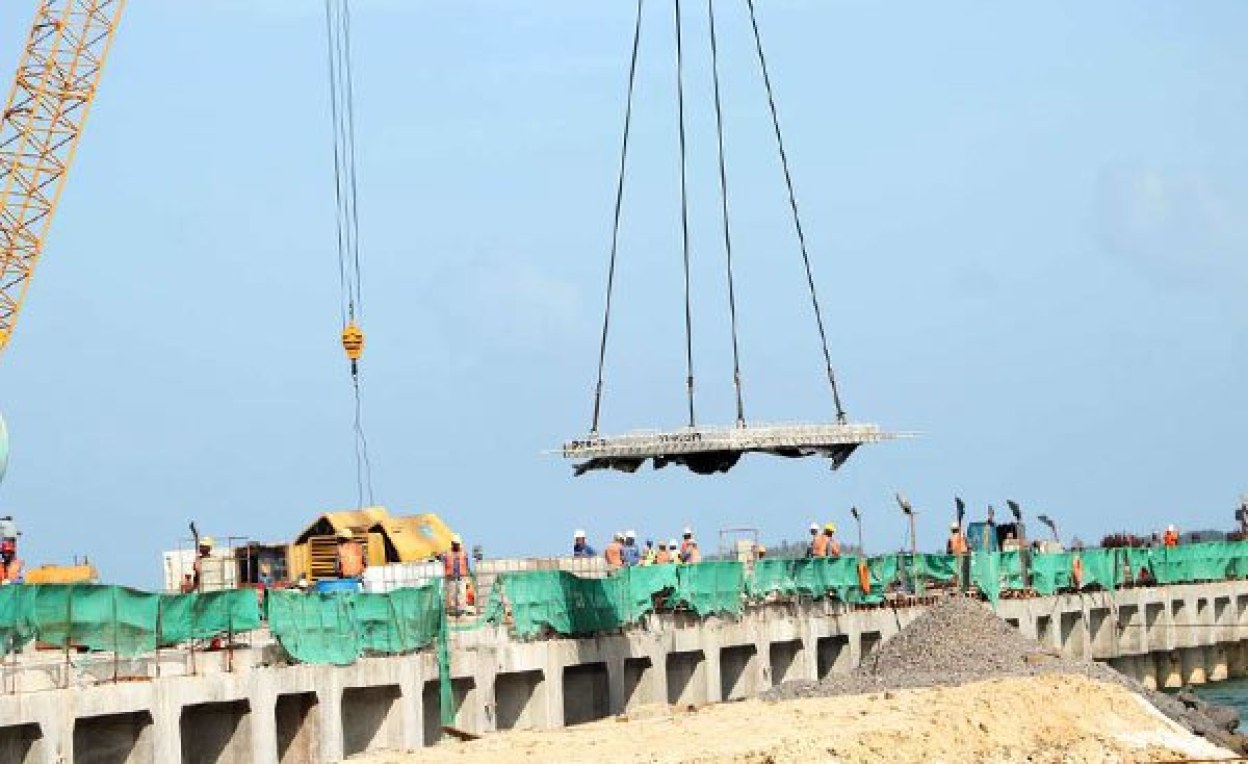 Photo: Laban Walloga/The East African
Under construction: Lamu port will have 32 terminals, one of which will be owned by Ethiopia, which has stakes in several other ports in the region, including Doraleh, Djibouti and Berbera.

Ethiopia will own one of the berths in Kenya's Lamu port, and the two countries are working to speed up the issue of the title deed.

"When President Uhuru Kenyatta visited Ethiopia in March, Prime Minister Ahmed Abiy discussed with him the issue of a title deed for the land we've been allocated in Lamu where the berth will sit, and he undertook to have it speeded up," Ethiopia's ambassador to Kenya Meles Alem, told The EastAfrican in Nairobi.

President Kenyatta was in Addis Ababa in early March as a head of a large business delegation, and Prime Minister Abiy presided over a two-day Kenya-Ethiopia Trade and Investment Forum in the Ethiopian capital.

Over 400 business leaders from Kenya and Ethiopia attended the investment forum.

The two leaders said at the forum that the Lamu Port-South Sudan-Ethiopia Transport Corridor (Lapsset), was central to the unlocking of the economic potential not just of their two countries, but of the entire East African region.

Progress on the Lapsset Corridor project, a vast undertaking of ports, pipelines, roads, and railways serving Kenya, Ethiopia, and South Sudan in the first phase, had been halting until the uptick in recent months.

In October, Kenya completed the first berth of the Ksh32 billion ($320 million) Lamu Port, and construction of a second berth is underway.

When completed, Lamu port will have 32 berths, with Kenya betting that would give it the edge in the intense port race along the Bab el-Mandab (which connects the Red Sea to the Gulf of Aden), and the Indian Ocean lane from Mogadishu to Maputo.

Mr Meles however denied suggestions reported in The EastAfrican that Ethiopia's recent rapprochement with erstwhile foe Eritrea, and stake and investment in several Horn of Africa ports, meant it was turning its back on Lamu and Lapsset.

Ethiopia has stakes in Doraleh, Port of Djibouti, Khartoum's largest seaport, Port Sudan, and has invested $80 million for a 19 per cent stake in Somaliland's port of Berbera, and is also seeking a holding in Eritrea's Assab port.

"Ethiopia is a country of 110 million people, and the Lamu port will be particularly critical for us in serving the southern part of our country," Mr Meles said.

"Kenya and Ethiopia have the longest standing mutual defence pact between two African countries, so our strategic interests have a long history and endure", he said. "With a title deed, we should be able not just to invest in Lamu, but more widely in Lapsset," Meles added.

Kenyatta and Selassie were very close, with the former enabling the latter to get a large piece of land a spitting distance from State House Nairobi to build the Ethiopian embassy.

The Kenyan Embassy in Addis Ababa is closer to the National Palace, located next to the major bigger Embassies such as Russia and Belgium.

Ethiopia is the largest landlocked country by population in the world. Within the country's national security establishment, there is unease about the proliferation of foreign military bases in the Horn.

There are 10 military bases in the Horn of Africa, with six in Djibouti by the US, France, Italy, Japan, China and Saudi Arabia.

Eritrea hosts the United Arab Emirates base, and a Russian logistics base is also forming there. Somalia hosts a Turkish military training base, while the semi-autonomous territory of Somaliland hosts UAE's second base.

A berth at Lamu sitting on land that it owns, would give Ethiopia tremendous ability to hedge against strategic risk, in ways other Horn of Africa don't.

Indeed the ongoing new foreign policy debate in Addis calls for a stake over the Red Sea and, and diplomatic sources say Ethiopia also wants to launch a naval force. Such a force could, foreseeably, be based in Lamu.

Ethiopia is currently one of Africa's fastest growing economies and, though landlocked, also has the continent's largest state-owned shipping line.

Prime Minister Abiy's reforms, have also opened the doors for long-pent up grievances and local nationalist demands to explode.

There are several new demands for regional autonomy, and more protests than can be counted on the finger tips. The country needs dramatic economic growth and creation of opportunities to soak up many of those demands.

Ethiopians with a sense of history will also be mindful that the domestic price for disruption in the Bab el-Mandab, and further north, can be high.

Scholars have noted that the 1967-75 Suez Canal closure, during the Egypt-Israel conflict had far reaching impact on world trade with a major increase in shipping costs from the Middle East, Asia and East Africa to Europe, and hit Ethiopia hard.

The resulting economic downturn contributed to unrest and the 1974 revolution that ousted Emperor Selassie. And that was at a time when Eritrea was still part of Ethiopia and it had a port. Now it doesn't.

Owning a small slice of terminal in Lamu port, even in a foreign land, would likely be a better deal for Ethiopia in the long term, than being a paying tenant at the mercy of a landlord in a vast port anywhere else.