US Congresswoman Calls on Eritrea to Release American 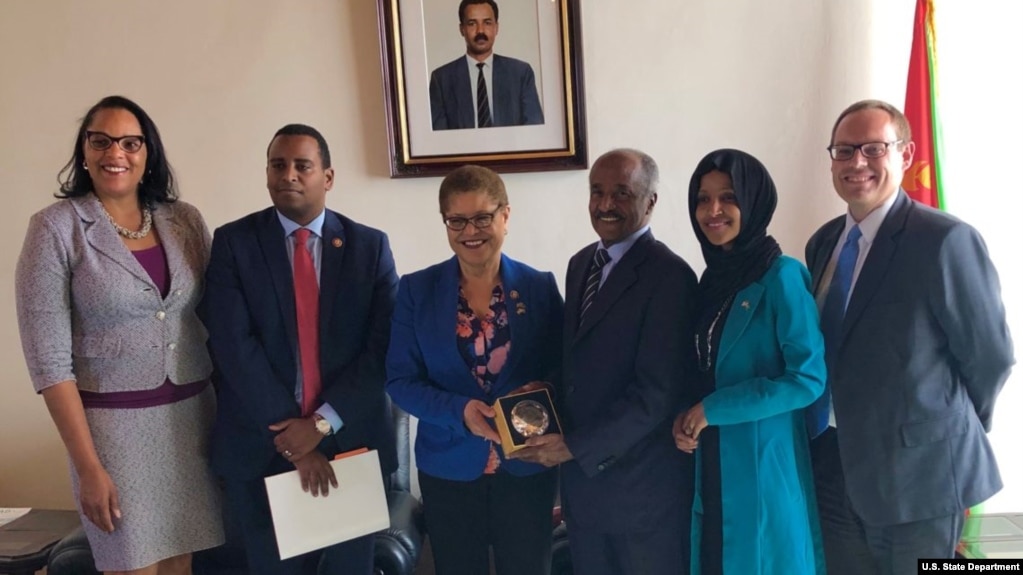 The chair of a U.S. House Foreign Affairs subcommittee has called on the Eritrean government to release an American citizen who has been detained in the country for more than six years.

Ciham Ali Abdu was born in Los Angeles and grew up in Eritrea. In December 2012, Eritrean officials apprehended Ciham when she attempted to leave the country without a mandatory exit visa. Her family hasn’t seen or heard from her since, despite attempts to learn about her whereabouts and well-being.

“I was in Eritrea just last month,” Bass wrote on Twitter and Facebook. “The country’s leaders should release Ciham, who had a birthday this past week, and all of Eritrea’s political prisoners to send a message that the country is embarking on a new path that includes respect for human rights.”

Bass visited Eritrea and Ethiopia with Reps. Joe Neguse and Ilhan Omar, both of whom joined Congress in January. Neguse represents Colorado’s second district. His parents emigrated from Eritrea to the U.S. in 1980. Omar, a Somali-American, came to the U.S. as a refugee in 1992 and represents Minnesota’s fifth district.

It was the first congressional delegation to visit Eritrea in 14 years, according to the U.S. Embassy in Asmara. 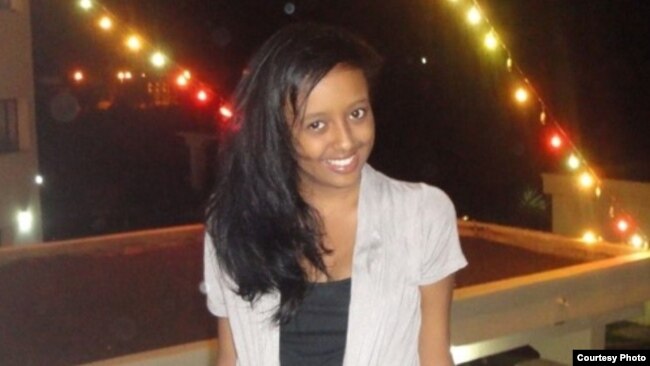 Ciham Ali Abdu pictured just before her arrest on December 8, 2012, when she was 15. (Photo courtesy of the family.)

The Eritrean government refuses to acknowledge Ciham’s citizenship, or even her existence.

Bass, who represents California’s 37th District, near where Ciham was born, is the highest-ranking U.S. official to put a spotlight on her case. The U.S. State Department hasn’t officially confirmed Ciham’s imprisonment, saying only that the U.S. government is aware of reports about Ciham’s detainment.

Bass told reporters in Addis Ababa, Ethiopia, last month that she had just recently learned about Ciham’s case, according to the Associated Press. Human rights groups have for years called for the 22-year-old’s release.

At a town hall meeting Saturday in Los Angeles, Bass said she was committed to working with both the Eritrean and Ethiopian governments, along with the U.S. Embassy in Asmara, to secure Ciham’s freedom. 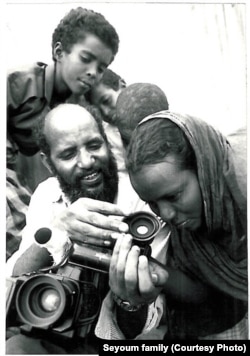 Seyoum Tsehaye, 66, was a war photographer during Eritrea’s 30-year struggle for independence. He later held various positions, including head of the state-run television station Eri-TV.

Vanessa Tsehaye founded One Day Seyoum, an organization focused on securing the release of her uncle, Seyoum Tsehaye, an Eritrean journalist who has been imprisoned since 2001. Tsehaye spoke to VOA Wednesday, on Ciham’s birthday.

“She has been in prison without a trial, and it can’t, it simply cannot stand,” Tsehaye said. “Even the excuses they try to use for people, like journalists or politicians, or [raising] issues about national security. And those kinds of excuses don’t stand when you are talking about a girl who was 15 when she was imprisoned for simply attempting to leave the country.”

The United Nations, Amnesty International and other rights groups have accused the Eritrean government of human rights violations designed to suppress dissent, including arbitrary detentions, forced disappearances and torture.

https://twitter.com/RepKarenBass
The government has denied those claims and criticized the U.S. and U.N. for seeking to undermine its sovereignty. VOA’s attempts to reach the Eritrean embassies in London and Washington went unanswered.

After fighting a 30-year war for independence from Ethiopia, Eritrea gained international recognition in 1993. The country has not held a national election nor ratified its constitution since then, but recent peace overtures with Ethiopia, Djibouti and Somalia have raised hopes for reform and justice for detainees like Ciham.

“We think that there’s a chance that Ciham might hear and see our messages,” Tsehaye said. “So we want her to know that there are people fighting for her and that she is being remembered and that we will stand in solidarity with her until the day she is released.”

Tweet
Last modified on Sunday, 07 April 2019 22:28
More in this category: « Is political integration in the Horn of Africa possible? Religion – Isaias Afeworki’s Eternal Weapon to Divide and Mislead People »
back to top