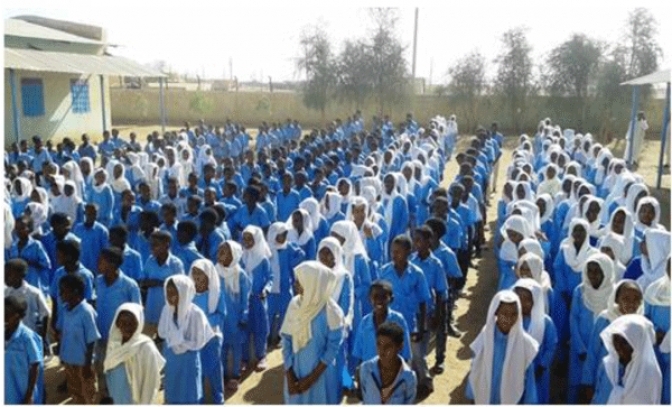 The Eritrean Refugee School of Wad Sherifey, located near Kassala in Eastern Sudan,   completed its 35th academic year on 17 March 2019 with 90% promotion in the exams. Out of the 604 students who sat at the final exams, 339 were boys and 265 girls.

Administered by the Eritrean Red Cross-Crescent Society (ERCC), which started it way back in 1984, the ever successful Wad Sherifey School for Eritrean Refugees is actively supported by charities like the Geneva-based Association Suisse Enfance-Erythrée (ASEE), the Eritrean Democratic Association and individuals of good will.

The teaching staff and administration are dedicated Eritreans rendering services at very low salaries compared with others in the region. Father Ghebrai Ghedemariam, the director of Catholic Schools in East Sudan, has also been a long-time friend of Wad Sherifey School providing it with vital services as required by the school administration.

During the academic year July 2018 -- March 2019, the school witnessed a number of challenges that included the followings:

All the above factors caused the reduction of the actual schooling period to six months. Also mentioned was the inconvenience to payment of stipends on regular basis to teach staff because  Sudanese banks were not allowing the withdrawal of more than 500 pounds per month per person. This problem persists to this day.

It was learned that the school continues to face pressure from the director of non-governmental schools in the region asking that classes for boys and girls must be separated. To apply this order, the Wad Sherifey Refugee School is looking for additional funding from donors to build new classes and recruit additional teaching staff. Uniforms for all the up to 700 students of the school for the next academic year that will start in July 2019 are among the urgent requirement.